The Bronze Ones “refer to themselves as the ‘Grandchildren of the Great Dragon Li,’” in reference to an emperor of China who had contact with them. They are a race of human-like reptilians. They are orange and wear black cloaks. “They believe that the galaxy is sentient and that their job is much like white blood cells in the body of the galaxy. Their goal is to rid all planets in the galaxy of ‘cancer’ and ‘disease’ as they put it. We’re neither to them; we’re a part of the Gaian ecosystem that should have opportunity to flourish, but ‘infections’ by other species and by a sociopathic strain in our own species threaten the whole ecosystem of the entire planet, and subsequently the entire solar system and this corner of the galaxy, potentially. They would like to stop what’s here before it spreads. Culling back the population to a few hundred million and starting over is an option for them, but they consider it very wasteful and would prefer to save the species, as is, while removing the harmful components. Much in the way a surgeon would rather do the delicate and complicated surgery to save the whole patient, if possible, but will amputate both arms and legs to keep the patient alive, if that’s the only option left to them.”[1]

The U.S. Marine Corps Special Section collaborated with the Bronze Ones on Project Moonshadow together. 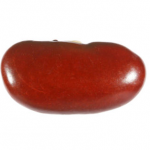